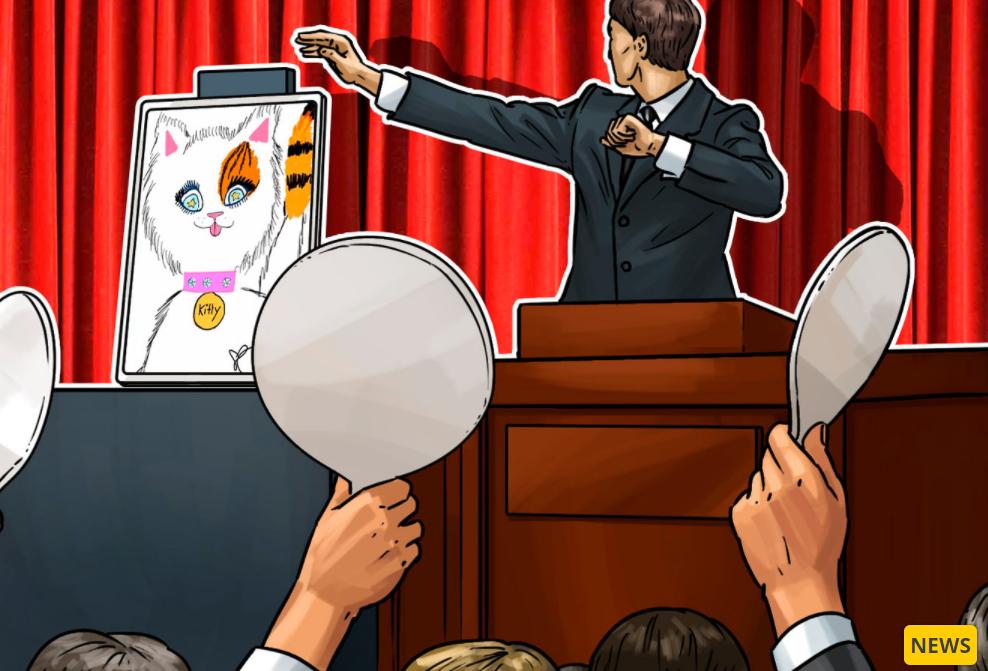 Media personality and businesswoman Paris Hilton announced that she successfully auctioned a digital painting of her cat, Munchkin, for 40 ETH — worth almost $17,000. The sale was held through an Ethereum-based auction platform called Cryptograph.

According to a tweet published by Hilton, money raised from the auction of the portrait will go to three charities in the United States — The LA Food Bank, Meals On Wheels, and BB4Homeless.

The anonymous winner of Paris’ auction, known only as “Adirolls”, has also bought artwork made by Bitcoin.com’s founder, Roger Ver, and the Ethereum Foundation researcher, Vlad Zamfir.

This isn’t Paris’ first foray into the world of Blockchain. In September 2017, she announced that she was involved with the Singapore-based project, LydianCoin. Once the founder was convicted of domestic violence and battery however, Hilton deleted her tweet.