WHAT ARE PRIVATE KEYS AND WHY ARE THEY IMPORTANT? 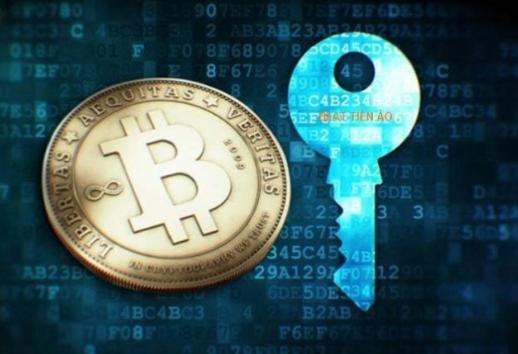 WHAT ARE PRIVATE KEYS AND WHY ARE THEY IMPORTANT?

The self-custody of cryptocurrency private keys is so important, that there’s an annual event dedicated to ensuring as many people as possible maintain full control over their private keys as possible.

This event, known as Proof of Keys, occurs each year on January 3 and encourages users to withdraw their cryptocurrencies from exchanges to wallets that hold their private keys. This, because private key access is necessary to ensure true ownership of cryptocurrencies, or as well-known Bitcoin advocate Andreas Antonopoulos puts it — “Not your keys, not your Bitcoin.”

WHAT ARE CRYPTOCURRENCY PRIVATE KEYS?
Whenever a user creates a cryptocurrency wallet, what they are actually doing is generating a mathematically related private key and public key pair. The private keys are the cryptographically sensitive part of the pair and should never be shared with anybody, whereas the public key is typically known as a “public address” — because these are the addresses that can be shared publicly and used to receive funds.

Bitcoin, Litecoin, Zcash, and most other cryptocurrencies use public and private key pairs. (Image: Pexels)

14 BTC & 95,000 Free Spins for every player, only in mBitcasino’s Exotic Crypto Paradise! Play Now!
Private keys are used to sign transactions, which are then broadcast to the blockchain by a wallet client for processing by cryptocurrency miners. Once the signed transaction has been picked up by a miner and included in a block, it will then be rendered irreversible. Because private keys are essentially the password that allows funds to be spent, it is extremely important to keep them safe — since losing the private key can mean any funds on the address it controls are gone forever.

WHY THEY ARE IMPORTANT
As we previously touched on, private keys allow the owner to access and manage any funds that were sent to the associated public address. Because of this, anybody with access to the private key can be considered the owner of these funds.

Though this might not seem like much of a problem, it’s important to understand that a large proportion of centralized cryptocurrency wallet providers do not provide their users with access to the private keys associated with their wallet. Because of this, there is a strong argument that these users don’t actually own the funds stored in their wallet — for no other reason than the simple fact that they would be unable to mobilize their funds if the centralized wallet provider were temporarily or permanently rendered unavailable.

This issue also has further ramifications when you consider that many cryptocurrencies allow private key holders to vote on critical changes to the protocol and other matters of public interest. Custodial wallets that do not offer access to this functionality, therefore, undermine not only a user’s right to self-sovereignty of their funds but also to their opportunity to contribute to the development and improvement of the assets they use.

Because of this, it’s important to use a cryptocurrency wallet that provides full access to the private keys. Coin.Space is an excellent example of this, since it adheres with the BIP39 standard, allowing users to instantly derive all the private keys for any of the numerous digital asset wallets supported by the app using a single BIP39 recovery phrase.

A COMMON MISTAKE
From a minimalistic point of view, cryptocurrency wallets are simple private key storage and management tools.

However, there are a huge number of cryptocurrency wallets that appear to provide control over the private keys, since they allow users to send, manage and receive cryptocurrencies, but they actually offer these features without providing private key access. These are known as custodial wallets.

One of the simplest ways to avoid these wallets is by only using cryptocurrency wallet clients that do not have any “lock-in” system. These are clients that provide you either with access to the recovery phrase or mnemonic that is used to generate the wallet or the private keys for each public address managed by the client.

By using a client that provides full access to your private keys, you will be sure that you retain complete control of your digital assets, and will not be subject to the whims and limitations of centralized exchange platforms or custodial wallet providers.